What is digital upskilling, and which jobs aren’t future-proofed 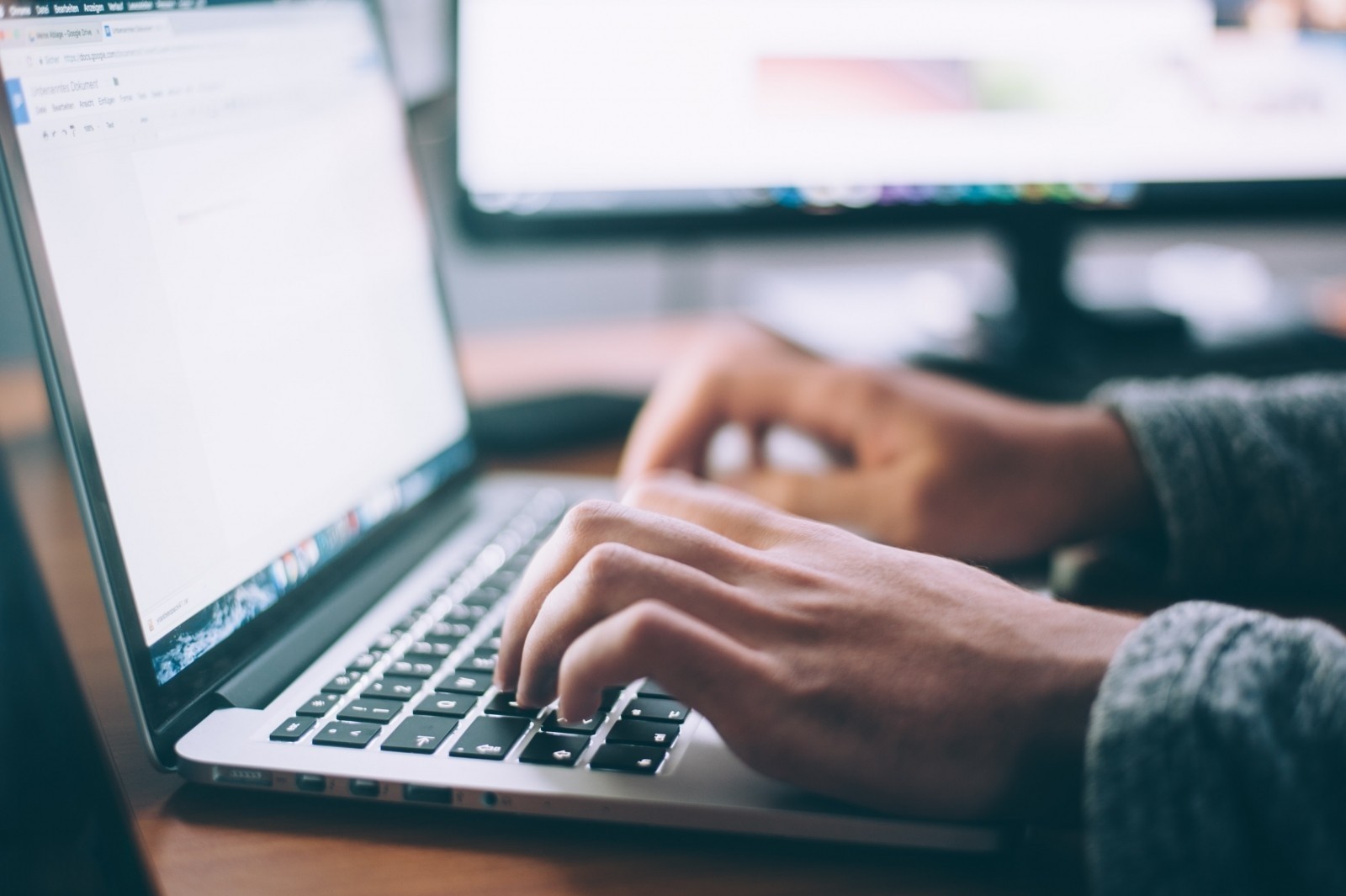 What is digital upskilling?

If you’ve grown up watching the movies like Robot, Matrix, Terminator, then you have probably been exposed to the concept of a robot apocalypse. Some people talk about how robots will take over all human jobs while others shake their heads in despair, saying it has already come. There’s only one problem: it’s wrong. The problem is not that robots will take over jobs, but rather how human creativity, judgment, and skills can remain superior to any service that a machine can offer.

The challenge faced is skill gaps, which can be overcome by digital upskilling.

To begin with, let’s start with a quick overview of how digital learning and upskilling has focused continuously on improving workforce productivity right from the start.

1954 – BF Skinner, a professor from Harvard, created the “teaching machine” that allowed schools to administer programmed instruction to their students.

1960 – “PLATO” (Programmed Logic for Automated Teaching Operations) was built by the University of Illinois and functioned for four decades, and ended up being more broadly used by students statewide.

2000 – Digital learning made its way to the business realm. This training method made it possible for both new and seasoned employees to develop and improve their skills when and where it’s most convenient.

“According to The World Economic Forum estimates, more than half (54%) of all employees will require significant reskilling by 2022.” 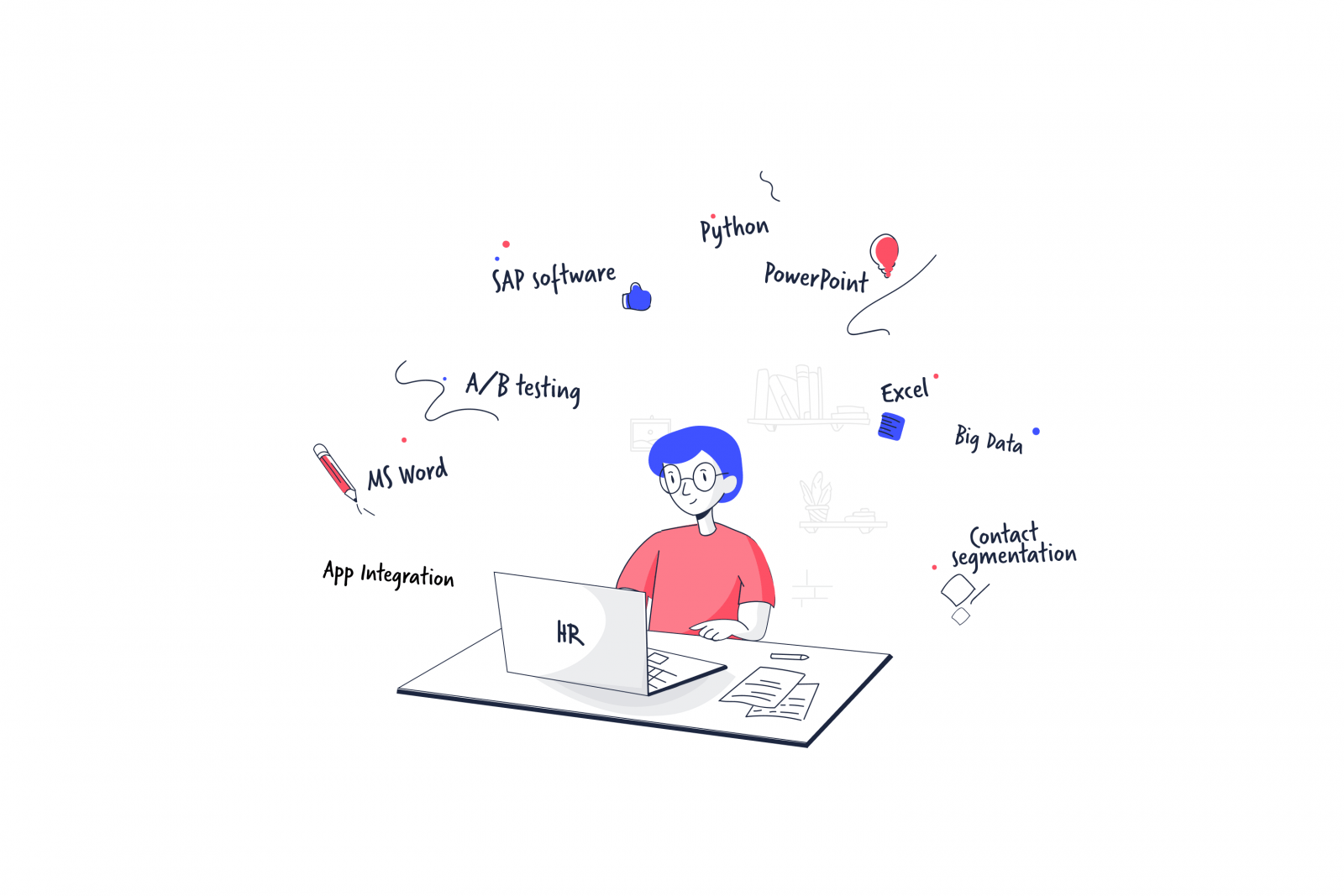 In conclusion, it means making yourself capable of adapting to a technology-driven world so that in the future, you can avoid having skill gaps that would otherwise make you redundant.

The machines aren’t coming to take your job, but to help you upskill instead.

The digital age has brought a glut of opportunities in learning, professional development, and more. Digital upskilling can allow you to make the best use of these opportunities. So, it’s time to banish your fears of cutting-edge technologies like AI or Big Data and embrace the benefits they bring – provided you know how to use them right. While the process-oriented abilities of machines will automate specific skills and tasks within jobs, other skills like problem-solving, social skills, analysis, conflict resolution, etc., will be left to humans. These are good enough reasons to start considering digital upskilling.

Below are some examples of digital upskilling in different industries to duck under the redundancy bullets.

2020 brought blockchain skills to the forefront. The World Economic Forum estimates that a tenth of the global GDP will be stored in blockchain by 2027, so it’s rational to suppose that skills related to blockchain and cryptocurrency will be in high demand in the future. Blockchain skills can now provide several job opportunities within different industries. According to the Blockchain Council, below are the 5 types of industries that will be influenced by Blockchain skills:

To digital upskill yourself into a blockchain developer, you will require a combination of hard skills, such as computer networking, data structures, algorithms, and cryptography.

According to VOX EU, Artificial Intelligence or AI will likely be creating newer jobs than taking away the old ones. Computer scientist, Dr. Andrew Ng, has described AI as electricity, something that has impacted the whole world. The skill gap in this field is wide and employers, as well as institutions, are making efforts to upskilling into this exciting new technology.

According to a job prospects report prepared by LinkedIn, hiring in the AI field has risen by 74% in the last four years. The industries that are hiring Artificial Intelligence related skills include:

As an aspiring AI professional, you will need to digital upskill yourself with a sound foundation in programming, software design, statistics, and engineering, to mention a few.

According to Statista.com, as of January 2nd, 2021, there are over 1.83 billion websites on the Internet. Almost every type of business now needs an online presence, making this skill an all-rounder in all industries which directly influences the digital skills needed to keep websites interactive and visually appealing. These skills are provided by UX/UI designers.

As per an article released by Coursera, an online course provider, below are the skills that UX/UI designers will need to upgrade for the future.

If you are considering digitally upskilling yourself or your employees in the field of cloud computing, below are the future in-demand skills in this sector:

Don’t see your industry or sector in the above list? Want more country-specific skills? Try this data source to get an idea of how to digitally upskill yourself for 2022 as per your industry, sector, or geographical location.

Increase the productivity of your organization by taking proactive steps to fix upcoming digital gaps by upskilling your employees. Learn about smartPeople and its digital upskilling opportunities with a free datasheet.

Recognize the signs that your company has a skill gap.

“It is not the strongest of the species that survives, nor the most intelligent; it is the one most adaptable to change.” − Charles Darwin.

Charles Darwin’s observation, made in the 19th century, is still relevant even today. Businesses will have to adapt to innovative technology and modern business practices to stay ahead of the competition in the coming future. However, you’ll first need to identify the difference between future skills and compare them with existing skillsets at your organization. These are called skill gaps.

Skill gaps aren’t anyone’s fault or shortcomings. They naturally arise with technological, economic, social, and other changes that are challenging to keep up with. To lead their employees towards this digital transformation, leaders must identify the skill gaps and then sufficiently train, and digitally upskill their workforce. Below are three ways to identify skill gaps that need digital upskilling.

If a team constantly misses project deadlines, there’s a high chance that employees haven’t been trained to use newer technologies that many jobs of the same caliber require. A good example could be engineers using outdated coding languages rather than upskilling to more up-to-date codes and methods.

Think about this. The monstrous problems from the past (remember when you wanted to study in another country or had to calculate and pay your taxes) can now be solved with a few clicks.

Therefore, if you feel that your employees lack problem-solving skills, digital upskilling can be the solution, helping them increase productivity as well as job satisfaction.

The technological changes taking place today are both fast and unpredictable. Therefore, employees will feel constantly demotivated if they lack the necessary skills to meet new and emerging market demands. By helping them acquire the relevant skills, they are more likely to be motivated to continue to improve, and productivity is likely to rise as a result.

How to identify skill gaps in the current business world

Remote or hybrid work models don’t have to pose challenges for your company. Download HRForecast’s guide to employee upskilling tips.

How can HRForecast help?

With digital upskilling as one of the most potent tools any business can acquire, we at HRForecast can help you move from those manual spreadsheets to one centralized workspace, one where solutions are always up to fill a need and where the next steps are clearly defined.

Try out smartPeople platform today to get started on building future-proof skills and competencies.

How to start an in-house gig economy marketplace
Scroll to top
Manage Cookie Consent
To provide the best experiences, we use technologies like cookies to store and/or access device information. Consenting to these technologies will allow us to process data such as browsing behavior or unique IDs on this site. Not consenting or withdrawing consent, may adversely affect certain features and functions.
Manage options Manage services Manage vendors Read more about these purposes
View preferences
{title} {title} {title}