Instead of vacation, a trip to the shelter 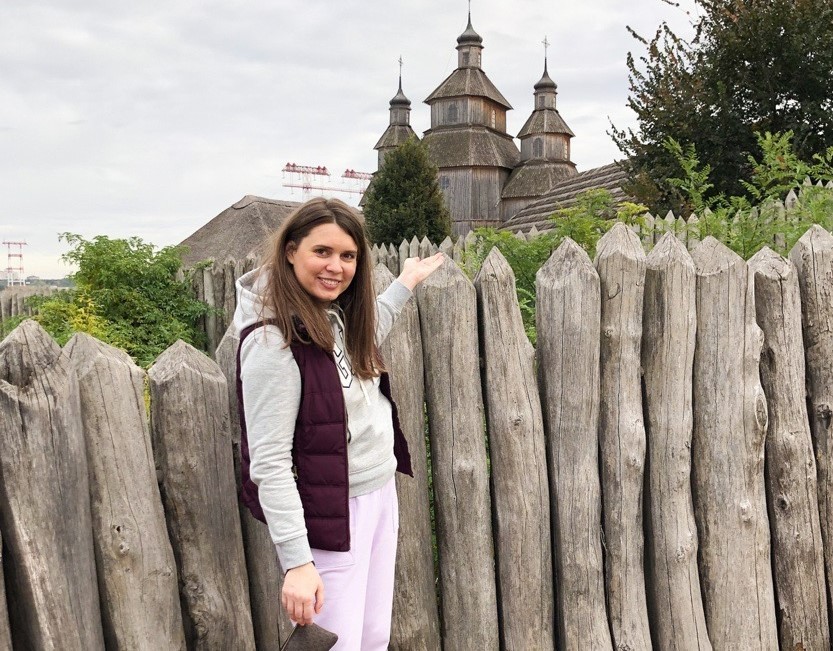 It’s not like we weren’t warned at all. Of course, we were warned about the threat of invasion. The whole world was watching, talking, and waiting. But it’s impossible to be afraid all the time. We all relaxed after some time. Lots of experts would say: “Russian invasion is totally illogical. So, there’s a low chance of it.”

For the last 8 years (right after the 2014’s Crimea annexing and Russia’s coming to Donbas), I’ve been working hard to make my simple dreams come true. Exploring the world. Traveling. Going places. I always compared Ukraine to the European countries I’ve been to, and I always realized that life here is so comfortable, affordable, and cozy that no other country can compare to that.

Did I ever think of immigration? Never. My father always told me that a decent job makes a great living anywhere. And it was true. Despite the revolution in 2014, Russian annexing Crimea, and getting their dirty hands in Donbas, living in Ukraine has been great.

My home city, Dnipro, has been developing rapidly. New restaurants. New buildings. New parks. New services like beauty salons and private hospitals. I won’t go into details here, but trust me: you wouldn’t find such state-of-the-art dentist offices even in the fanciest European cities.

When I thought about the war, I would think: that’s impossible to invade and destroy all of this. Who would dare to do that?

“February 28, 2:30 a.m., I was writing my story. Now it’s my regular schedule: fall asleep late at night and wake up early in the morning.”

We bought tickets to Egypt to spend a few days by the sea at the beginning of February.

We were supposed to fly on Saturday, February 26.

The week before was tense. The US warned about the possible invasion, and everyone was confused and anxious. But it was a casual weekend, after all. It was time for Friday cocktails and a Sunday movie at the cinema.

My “emergency go bag” consisted of sunscreen, a bathing suit, and a book I was going to read on a plane.

I don’t remember Monday and Tuesday, but we went to the city center for lunch on Wednesday. It was a crime not to go out because the weather was incredible. It felt like spring. I remember I received a message from my friend: “I’m anxious. I think something bad will happen”. I replied: “Don’t worry. Read some credible resources with analytics and expert opinion. Nobody’s going to invade Ukraine. Ever.”

Then we went home, and I cooked some pizza for dinner. (While I’m writing this, I’m reminiscing about the last HOURS before the invasion, and it feels like some bad movie).

In this picture, Maryna is next to Zaporizhian Sich fortress in Zaporizhia. It’s been a fortress of Cossacks, Ukrainian warriors in the XVI — XVIII century.”

And then I remember a call early in the morning. Somebody called my boyfriend. He rushed to the phone in another room to answer the call. I waited several seconds for him to finish (the call lasted several seconds), and I said impatiently: “What was that?”. He still was in another room, and he said: “Hold on, I’ll tell you.” For a second, I was irritated (why wouldn’t he tell me right away?). Then he came to my room and said: “Your brother called. He bombs us. They heard explosions.”

My first reaction was: “No way!”

Then we anxiously started to google. No news. I still couldn’t hear any explosions and was in denial (I didn’t know that I would be in denial for two days straight. Some of the worst days of my life).

Before all of this, we had a plan. In case of a real war, we’d pack our bags and go to my parents’ place.

When my brother called me once more, he had already packed and fueled his car to leave the city. I went to the street, and while we were talking, we could hear another explosion. Russians destroyed the radio signal station near the airport (we live next to the airport). Then they said: “Now you believe?”. Oh yes, I did. I realized that our nation’s biggest fear had become a reality.

Today is February 28, 2:30 a.m., while I’m writing this. Now it’s my regular schedule: fall asleep late at night and wake up early in the morning.

My range of emotions is going crazy.

I feel thousands of emotions simultaneously:

Waking up with shots and explosions